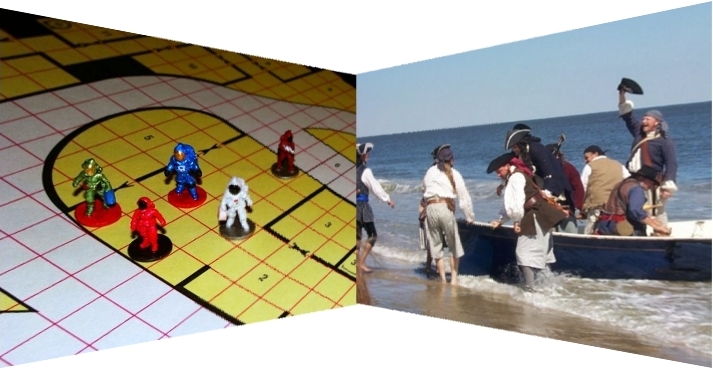 I am a guy.
I have a lovely wife.
I have two great kids.
I'm a Sagittarius.
I was born in the Year of the Dragon, the hour of the Rabbit.
I believe I have good luck (knock wood).
My hobbies, as you may have guessed are gaming and reenacting.
I started gaming circa 1976.
The first game I owned, however, was PanzerBlitz, which my parents bought for me a year or three before.
But I didn't learn it until after I had played D&D while in middle school.
I was a huge Microgame fan back in the day: Ogre, Melee, Wizard, Death Test, Warp War, you name it.
I have miniatures older than many of my co-workers.
I’m a Classic Traveller!
My name appears in GURPS books.
The beauty of gaming is it’s all about having fun sitting around a table rolling dice with friends.
My parents had Pinochle; I have rpgs.
My interest in reenacting began sometime in the mid-70s, when I saw some guys dressed up as Civil War soldiers while on a school field trip.
I also remember seeing a guy dressed up as a Revolutionary War Marylander during the Bicentennial while I was a Boy Scout.
It was my sister, however, who got me into reenacting.
She worked with a guy who reenacted Vikings.
So there I was: